Good news at first: I got accepted for christmas market in Vaduz. Yay! Got the answer waaay late and have to get going on a lot of stuff now. But I'll make it! :)
It got cold and foggy outside anyways, so there's nothing I possibly could miss.
First I started with stockings. That's something we did not have here, overseas, but through out the last few years stockings start to pop up here and there. I just love them and I think that we need more stockings here! :)
So here are three of them, I did more but it seems like I'm just not up for good photos today...sorry!
Maybe I'll be able to post them later on.

I'm totally in love with the red and white striped one but I ran out of that fabric. I spent half of yesterdays evening to find some more of it. Not much but it'll make me happy and I hope it will arrive before the christmas market!

The graphics are from Karen's Blog (The Graphics Fairy) and I printed them directly onto a linen fabric.
I'm thinking about doing a full stocking tutorial with a pattern to copy for you but somehow it feels silly to tell a whole bunch of americans how to make stockings...so if I do, please just ignore that post if you are born with hanging up stockings for christmas!

And here are the other ones.


Have fun, much love,
Dina 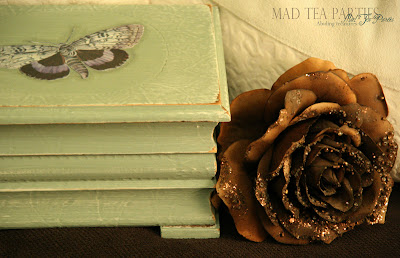 All tired out today I'll just quick show off the latest thing I did. It's an old box I did a redo on. I first painted it in a bright white and then in duck egg blue (my new love!) of ASCP. The Inside I did with old white. Edges, surface and lines distressed. 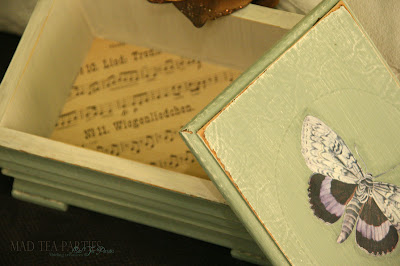 I used this absolutely stunning graphic from Karen (The Graphics Fairy) of a butterfly or moth, I guess it's a moth and used mod podge to glue it on. 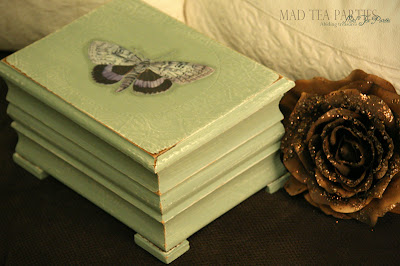 On the inside I used an old sheet music. 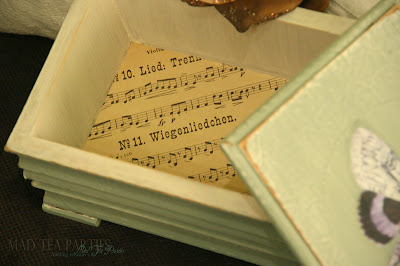 Much love and sorry for this sloppy post!!
Dina 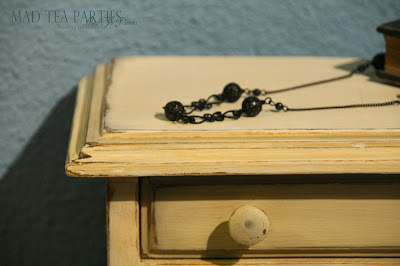 Today was kind of awful and I'm glad the day is over. But let me show you what I did yesterday.

Some days ago I received my first Annie Sloan Chalk Paint but didn't find time to try it out. Yesterday I did!
I had this neat little jewelry dresser from Mösi's and prepared it to be painted.
I used old white on the body and old ochre on the drawers. I was SO thrilled about the paint!! It's so different than anything I ever used and it's awesome to paint with it!
The "thing" happened when I applied my "wax-you-get-at-any-DIY-store"... suddenly a orangy-yellow appeared on the paint. Somehow this wax was not as translucent as it said.
I ended up telling myself that a little patina wasn't too bad but somehow I still got that shiny old white in my head it had before the waxing.
My husband likes it a lot this way, so I guess it will be ok to leave it as it turned out. 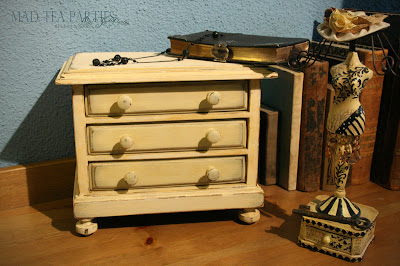 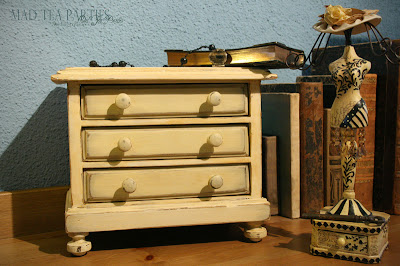 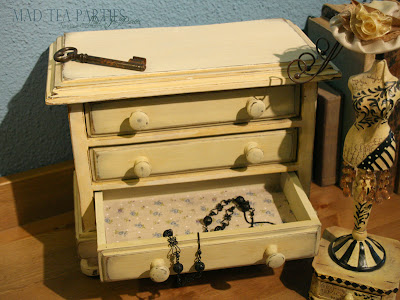 I also tried out the duck egg blue and was in awe while looking at the painted piece! But I'll have to show you this later.
I'll have a very busy weekend including Friday, so it may get a little quiet on here...
Have a great and creative weekend,
Dina